The NFL just renewed its sponsorship deal with Pepsi, but the Super Bowl halftime show was left out.

The soda and snacks company has been a partner of the league for almost four decades. The renewal happened after this year’s spring meeting, which took place in Atlanta.

The owners of the NFL have agreed to renew Pepsi’s sponsorship, giving them premium rights for some brands like Tostitos and Frito Lay. In the agreement, they get pouring rights at events, including the NFL Draft, which means Gatorade will still be able to maintain its high visibility on the sidelines as well.

The terms of the deal were not revealed to the public – although the last deal between the parties was to be worth $2 billion for ten years.

According to NFL’s senior vice president of sponsorship management, Tracie Rodburg, “Our priorities and their priorities have evolved, and we wanted to make sure that as we continue this partnership that we’re all working toward the same goal.”

NFL’s removal of Pepsi’s rights over the Super Bowl halftime show was surprising but not uncommon. The latest Super Bowl brought hip-hop icons Dr. Dre and Snoop Dogg in front of thousands of NFL fans in 2022. Before Pepsi, Bridgestone earned the rights of the halftime show; now, any party has the chance to earn it.

This would be the second time since 2012 that Pepsi was not given the rights to the Super Bowl.

The former vice president of global sports and entertainment marketing in Anheuser-Busch expressed that the recent move of the NFL is “tough to justify,” especially with the potential cost in mind.

During the 2021 season, Pepsi spent over $114 million during the games, including the playoffs; in 2020, the company’s spending amounted to $127 million. In addition, Pepsi holds 15 deals with clubs in the NFL, including the Dallas Cowboys.

The NFL has been looking into moving the pre-draft event from Indianapolis to either Dallas or Los Angeles, according to sources.

Meanwhile, NFL team owners have also decided to keep the combine event in Indianapolis this 2023 and 2024. Combine events of the league earn millions; this year, the earnings reached $9.6 million.

Based in LA, Donna Barts is a senior repoter for Kivo Daily. She primarily covers entrepreneurs.

Austin Veith: Success is a Combination of Hard Work and Perseverance 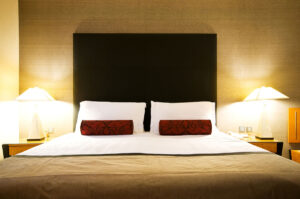